What is Mixed Martial Arts?

Mixed Martial Arts (MMA) is a relatively young type of combat sport which combines the rulesets and disciplines of multiple, existing martial arts styles (e.g. boxing, wrestling, jiu-jitsu) into one form of competition.

Although multiple forms of “MMA” competition have existed throughout different cultures and timelines (eg. Pankration of the Ancient Greek Olympics, Combat Sambo of the Soviet Union, Vale Tudo of Brazil), the current incarnation was popularised with the growth of the Ultimate Fighting Championship (UFC), the most prestigious MMA organisation today. 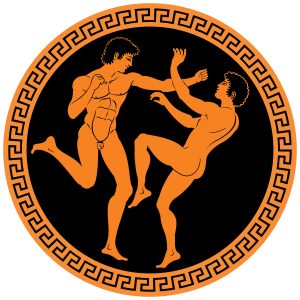 Started in 1993 in the USA, the UFC was founded on the basis of determining which particular Martial Art was the most effective style of combat, and was run on a knockout tournament format, and featured fighters from a whole range of different disciplines e.g. Brazilian Jiu-Jitsu, Boxing, Karate, Savate (French Kickboxing), Catch Wrestling, and even Sumo Wrestling. The winner of the first UFC tournament (UFC 1) was Royce Gracie – a relatively small statured (compared to his opponents) Brazilian Jiu-Jitsu Black belt who defeated all his opponents by submission (via choke or joint lock). 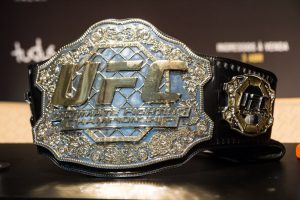 What are the different disciplines of MMA?

At that time of UFC 1, most practitioners were specialists – as in, they were well-versed in their craft mainly, but were inexperienced in dealing with other types of martial arts (i.e. Boxers could strike but had minimal experience with ground fighting, and Wrestlers could take people down, but had minimal experience with striking). As the sport evolved, many practitioners cross-trained in other disciplines, rounding out their skillset. In today’s sport, all high-level MMA athletes are experienced in all aspects of the sport – be in the standup/striking realm, the wrestling/takedown realm, or in the realm of submissions. Some disciplines train skills in multiple realms.

Striking: Every fight starts standing, so all competitors needed a good understanding of striking offence and defence. Competitors are able to utilise punches, kicks, elbows and knees on their opponents and score points. The most common disciplines of striking trained for MMA include: Boxing, Muay Thai, Karate and even Taekwondo. 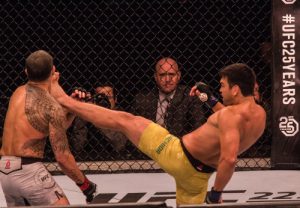 Wrestling/Takedowns: An integral component of MMA, Wrestling skills enabled one to dictate where the fight took place – either standing up or on the ground. With superior wrestling skills, you could tie your opponent up, take them down and control them, or even vice versa – allow you to avoid the opponent’s takedown and keep the fight standing. The most common disciplines to train takedowns are Freestyle wrestling, Greco-Roman wrestling, Judo, and Sambo. 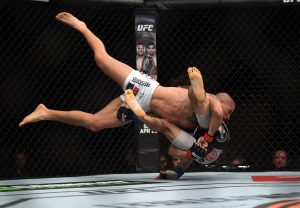 Submissions: Submission skills allowed you the opportunity to force the opponent to give up, usually in the form of a choke/strangle or joint lock. Most submissions are locked on from the ground, though there are a few which can be initiated from a standing position. Examples of disciplines to train submissions are Brazilian Jiu-Jitsu, Sambo, and Judo. 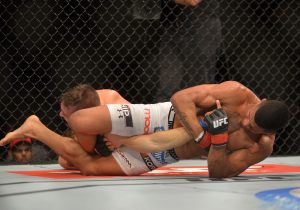 Ground & Pound and Cage Tactics: A unique aspect of MMA that is not present in most other Martial Arts is the addition of strikes to a grounded opponent (aka Ground & Pound), and the use of the cage as a means of helping to take down an opponent, or even to use it to stand back up. 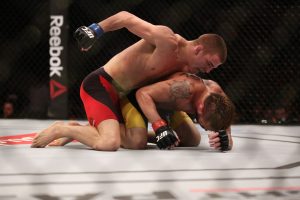 What are the rules of MMA?

Most professional MMA competitions take place in either a cage or ring, with a referee present and three judges cageside taking score. Most professional bouts are 3 x 5min rounds, with championship bouts or main events being 5 x 5min rounds. There is a 1 min break between rounds. Like other combat sports, fighters compete in weight classes, and they weigh in the day before the fight. MMA has relatively fewer weight classes than other combat sports eg. boxing, with 10-15 lb (~4.5-7kg) jumps between weight classes. Because of the fewer weight classes, fighters may be forced to “cut” large amounts of weight to make a suitable weight class. Weight cutting can be a major factor in the fight – if performed safely and effectively, it can allow you a size and possible strength advantage over your opponent, if not performed effectively, it can severely hamper your durability and physical output in the fight. 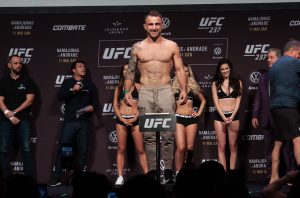 The MMA ruleset today has come a long way from where it was, even compared to the 90’s.

Some examples of rule changes over time was the removal of groin strikes and hair pulling (yes, these were once allowed), head butting, kicks/knees to the head of a grounded opponent, strikes to the back of the head/spine, and small joint manipulation. There is some slight variation in the rulesets today between organisations in USA, Europe and Asia.

Fights are scored based on a 10-point must system – which was adopted from boxing. The winner of each round receives 10 points, with the loser of each round receiving 9 points or less (depending upon how badly the round was lost). If a round ends in a draw, both fighters receive 10 points. The tallies from each round are then totalled at the end of the fight to find the winner.

A fight can also end before it gets to the judges – via KO (knockout), TKO (technical knockout via referee intervention), or submission. In all three scenarios, the referee intervenes to protect the losing fighter to ensure they take no further damage, calling the fight finished and declaring the winner. 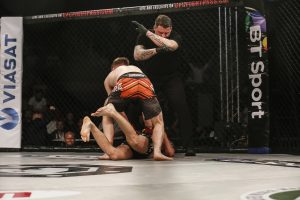 BOOK AN APPOINTMENT WITH KEVIN HERE